Halloween is The Purge for White Folk in Blackface and Racism

This Halloween season we were bombarded with horrendous images of white folk dressing up in blackface which forced us as Americans to confront the ugly legacy of racism. Yet, instead of fully awakening to this dark and ugly tradition within white communities, some instead chose to dismiss the anger and pain experienced by many Black folk. Black people were simply being too sensitive and always making an issue racial. White folk didn’t mean any harm but were only paying homage to the person they portrayed.

How true is that? I refuse to believe white folk don’t know blackface is offensive; they just don’t care.

Historically, blackface was a form of entertainment in which white men portrayed African Americans by blackening their skin with burnt cork or shoe polish. Wearing tattered clothes and curly wigs, the performances mocked Blackness through blatant racist caricatures. These archetypes portraying African Americans as lazy and ignorant, criminal and hyper-sexual, have brutally defiled and defamed Blackness since its inception – causing the widespread internalization of these stereotypes, and thereby creating a skewed view by Blacks and Whites alike.

Last weekend, actress Julianne Hough arrived at a Halloween party dressed as a Black character of the popular Netflix series Orange is the New Black. Hough, a white actress, wore an orange jumpsuit and an ID that read Crazy Eyes. She even attempted to replicate the characters natural hair style by styling her blonde strands into Bantu knots. 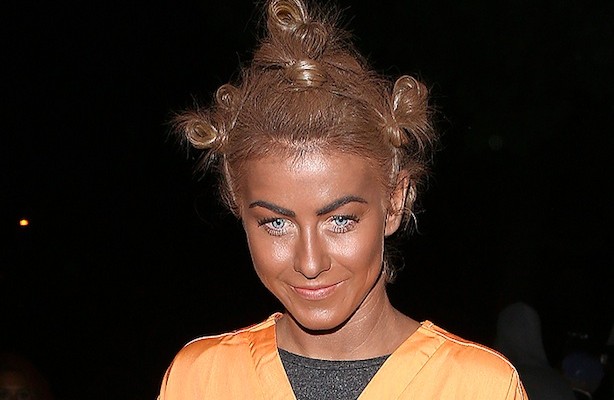 “It certainly was never my intention to be disrespectful or demeaning to anyone in any way. I realize my costume hurt and offended people and I truly apologize.”

The jumpsuit, hair and ID would have answered any party goers question of who she was. Still, the actress smeared her face with bronze makeup to complete her blackface costume. This is problematic for at least two reasons.

First, portraying herself as a character, and one of a different race, did not need the application of bronze makeup. Her actions were not rooted in admiration but steeped in a long tradition of stereotyping, mimicry and cultural appropriation. Whether bronze makeup or shoe polish; blackface is blackface.

Second, OITNB is plagued with characters embodying vicious stereotypes. On a critique of the show,The Feminist Griote wrote “The black women women are loud, overly aggressive, and used for comic relief“. The characters Crazy Eyes, Janae, Taystee and Poussey and their display of Blackness are a source of entertainment through the eyes of white lead Piper Chapman and viewers.

Hough then wasn’t honoring her favorite character. No. The blackface costume was a joke much like how the character was a joke – a joke because of the constant dehumanization and belittlement of black women in a racist patriarchal society. 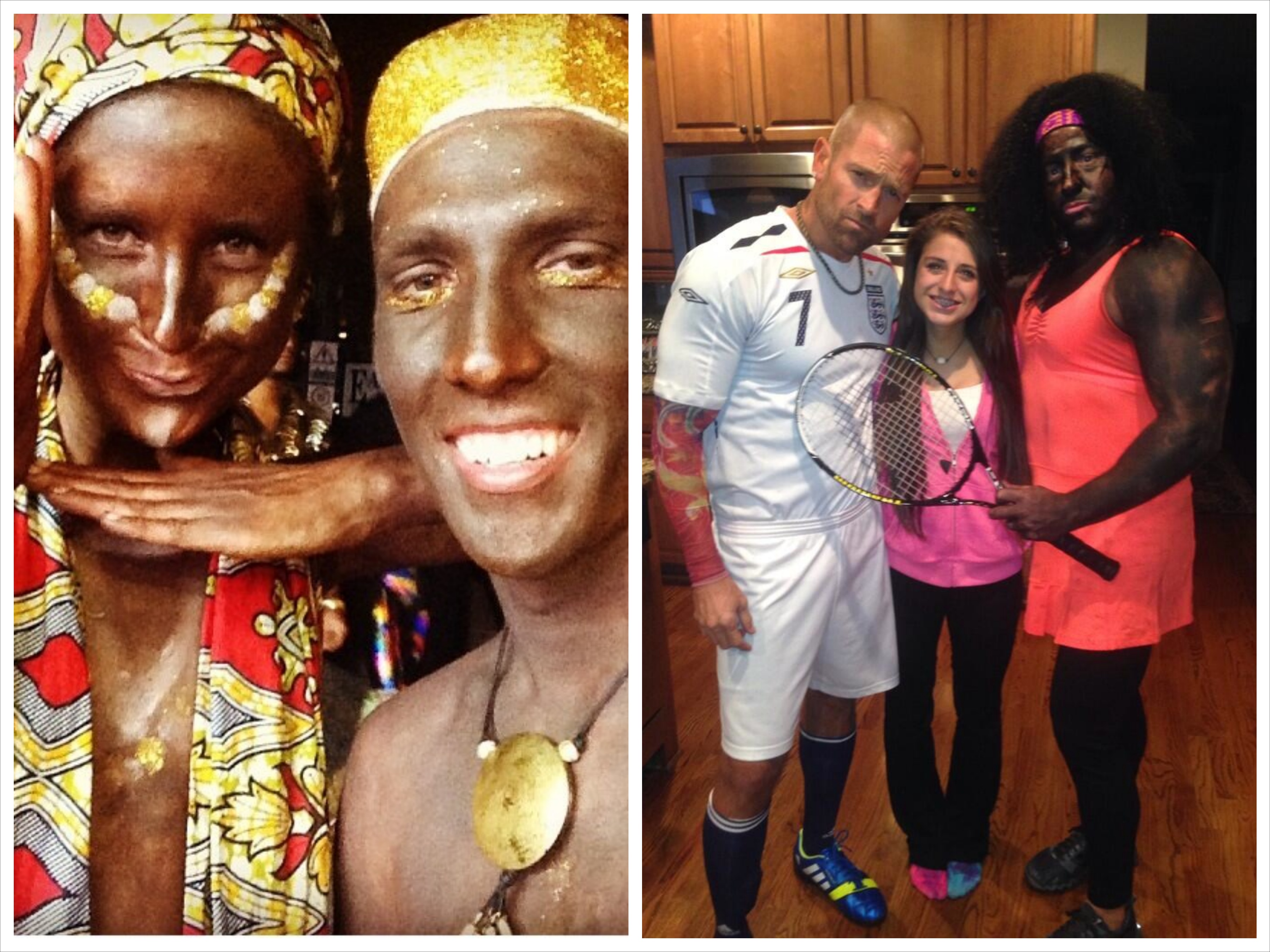 Yet, even after the backlash and media coverage of Hough’s outfit – which she weakly apologized for by using white folk’s stock excuses for acts of racism – more and more images spread on social media.  There was the muscular man with his arms and face blackened posing as Serena Williams. An Italian fashion party hosted an “Africa themed” disco party where fashion designers such as Stefano Gabbana from Dolce & Gabbana wore blackface and “tribal clothing”. The most disgusting of which was of Greg Cimeno and William Filene posing as self appointed neighborhood watch captain George Zimmerman and the slain teen Trayvon Martin. Filene wore a bloody hoody and blackface while Cimeno, wearing a black Neighborhood Watch shirt, made a gun gesture with his hands and aimed at Cimeno’s head.

The fact that people have waited a year to be Zimmerman and Trayvon for Halloween is disturbing. The murder of a black boy was used as a joke just as the character Crazy Eyes is used as a joke. Blackness in the eyes of white America is a source of entertainment and allure; an object to be fetishized, mocked, mimicked and reveled. Whether deliberate or unintentional, the performers trivialize and dehumanize a people and it’s culture through parody and comedy.

Halloween has become The Purge for white folk and racism. Its the one day to get away with wearing black face and being racist.

But not any more.

The woman who posted the despicable Zimmerman and Trayvon photo was allegedly fired from her job. Three San Diego highschool staff members and a volunteer coach were  suspended for wearing blackface at a weekend Halloween party.

While some were quick to forgive Hough but not Cimeno and friends, both events represented two sides of the same racist coin. A morally offensive and spiritually painful practice based on black humiliation and degradation. How prevalent this practice was we may never know. But the rising popularity of social media has given us glimpses into the bigotry and hatred inside of white communities allowing us to challenge a dangerous culture that has been gone unchecked for decades.

What were some of your initial reactions to the recent images of blackface? Were you offended more by others? 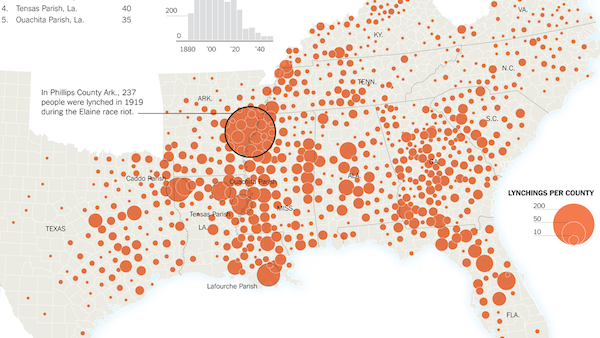