African Americans and the Labor Movement

The Black Labor movement has remained in the shadows of the Civil Rights and Black Power movements. The erasure of the labor unions role in civil rights is most apparent when The March on Washington for Jobs and Freedom Unions is simply referred to as the March on Washington. However, Black membership played an important role in both struggles and ensuring better livelihoods for Blacks.

CLR James said, “The Negroes, due to their place as the most oppressed section of the labor force and their sense of national oppression, have always shown themselves on the whole exceptionally ready to join the forces of organized labor”. Unionization has historically produced higher wagers for black workers. Sadly, African American unionizing efforts consistently met with resistance from both employers and from existing white unions. Black workers who attempted to organize themselves for a better livelihood faced not only loss of employment and being blacklisted, but also faced being victims to violent actions by the police, militia, and vigilante groups.

Black workers were therefore only left with two options in order to raise their standard of living and fight against racist job practices: integration into trade unions organized by white workers or form independent organizations on their own.

As early as 1850 the American League of Colored Laborers was being organized in New York City and in 1858 the Association of Black Caulkers was founded in Baltimore to protect members from racist mob violence. During the Reconstruction period, there were black labor unions for longshoremen, butchers, bricklayers, caulkers, and draymen among other occupations.

Black labor leader Isaac Myers in 1868 said, “Labor organizations are the safeguard of the colored man, but for real success, separate organization is not the real answer.” However, their white counter-parts did not recognize nor accept them as allies in class struggle. In 1869, Issac and a group of black leaders attended a convention of the National Labor Union to lobby for the organization of black affiliates. Although they were recognized as a delegation, they were unsuccessful at introducing integration into the white union. Later that same year, 214 African American delegates converged to create the Colored National Labor Union, a confederation of independent black local and state unions.

Following the collapse of Reconstruction, Black farmers, sharecroppers, and agrarian laborers organized their communities to combat the rising tide of Jim laws and economic exploitation. The summation of these organizations formed the movement known as Black Populism. This broad independent political movement began in 1886 when African Americans created the Colored Farmers Alliance after being barred membership from the already established Farmers Alliance. By 1890 the Colored Farmers Alliance claimed 1.25 million members. The Colored Farmers Alliance set up farming exchanges where members could go in order to purchase discounted items required for their farming. The organization also participated in direct action; protesting and carrying out strikes for better wages. In 1891, a year where at least 113 Blacks were lynched, the Colored Farmers Alliance planned a strike of black cotton pickers to demand a wage increase from 50 cents to $1 per hundred pounds of cotton. The white Farmer’s Alliance were the most vehement opponents of the proposed strike, charging that black farmers were attempting to “to better their condition at the expense of their white bretheren” and urged their farmers to “ leave their cotton in the field rather than pay more than 50 cents per hundred to have it picked.” A minor strike was held in the Arizona Delta by black farm worker Ben Patterson. Traveling from plantation to plantation garnering support, his growing band engaged in a gun battle with a white posse intent on smashing the strike. The local vigilantes soon caught Ben and his band. 15 strikers were killed, several of them lynched. 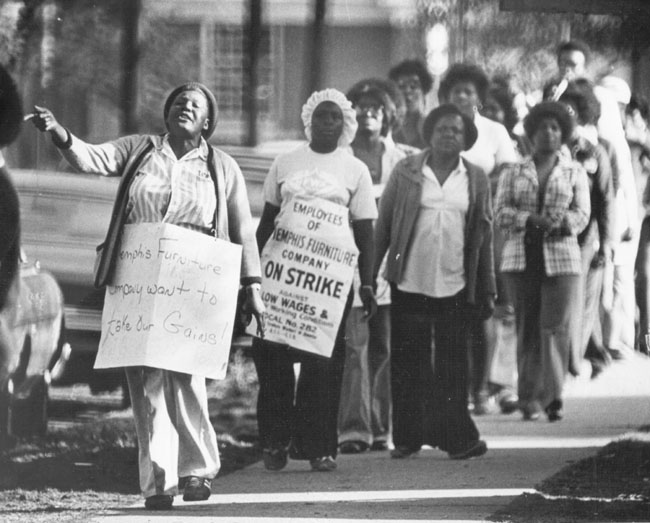 There were hundreds of local black labor unions. There was the San Francisco Colored Chauffeurs Association organized in 1923, the Colored Janitors Cooperative Association of 1927, and the Harlem Picture Projectionists of the 1930s. There were many black railway organizations such as The Brotherhood of Dining Car Employees, United Transport Service Employees, National Alliance of Postal Employees, The Railway Men’s Benevolent Association and the Brotherhood of Sleeping Car Porters. The BSCP was formed in 1925 by disgruntled employees of the Pullman Company, which manufactured and operated luxurious sleeping cars for long-distance train travel. The Brotherhood became the first black affiliate of the American Federation of Labor(AFL). They struggled with the Pullman company of many years and increased porter’s wages and improved worker conditions.

From the American Revolution up until the First World War, about 90 percent of Blacks lived in the rural South. In the South, despite the fatal risk of organizing farm labor, blacks created labor unions to gain some measure of personal and financial security. African Americans organized the Progressive Farmers and Householders Union to protect themselves against exploitation and “advanc[e] the intellectual, material, moral, spiritual, and financial interests of the Negro race.” Sadly, the union was destroyed in the “Elaine Massacre” of 1919 in Phillips County, Arkansas, when white law enforcement and vigilantes from neighboring counties and states attacked union officials and members killing up to 100.

American Labor history is a story of how white male workers, not just bosses, kept Blacks at the bottom of the wage and job hierarchy, denying them opportunities to feed their families and accumulate household incomes. Yet, Blacks refused to accept lower standards of life because of the color of their skin and organized for equality. This refusal to lay down at the hands of oppression runs the history of the Black people, and is key to our future.

Are you aware of the history of African Americans and the Labor Movement? Why do you think this part of history isn’t taught or glorified?