The rise and fall of Black TV shows have been a tumultuous one. Beginning in the 1950s with situational comedy Amos ‘n’ Andy, black sitcoms have gotten both their fair share of praises and criticisms.

The height of black television was arguably the 90s. Many stations featured shows with all African American casts and many also achieved the highest ratings on their respective networks.

The decline of black television have left a yearning for more quality programming for black audiences and made the following black tv shows that much more special to us.

If you have any more recommendations for black tv shows you think we’ve missed, please share them in the comments! 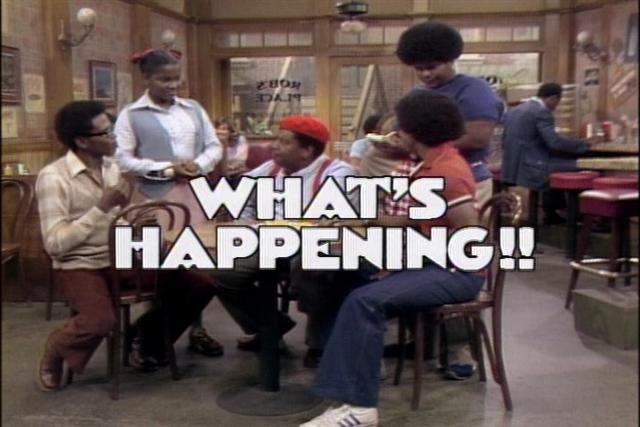 The image of Rerun sporting his infamous red beret and suspenders has become a fixture in pop culture. A pioneering series featuring an African American cast; took off here Cooley High left off and followed the lives of a group of high school friends and their hijinks.

Originally a spin-off of the Cosby Show that centered on Denise Huxtable’s first year at college, the show inspired a generation to pursue higher education. Many of us were dismayed when of age finding out Hillman College was fictional and there was no Kappa Lambda Nu. And who can forget Dwayne Wayne’s iconic flip-up glasses? 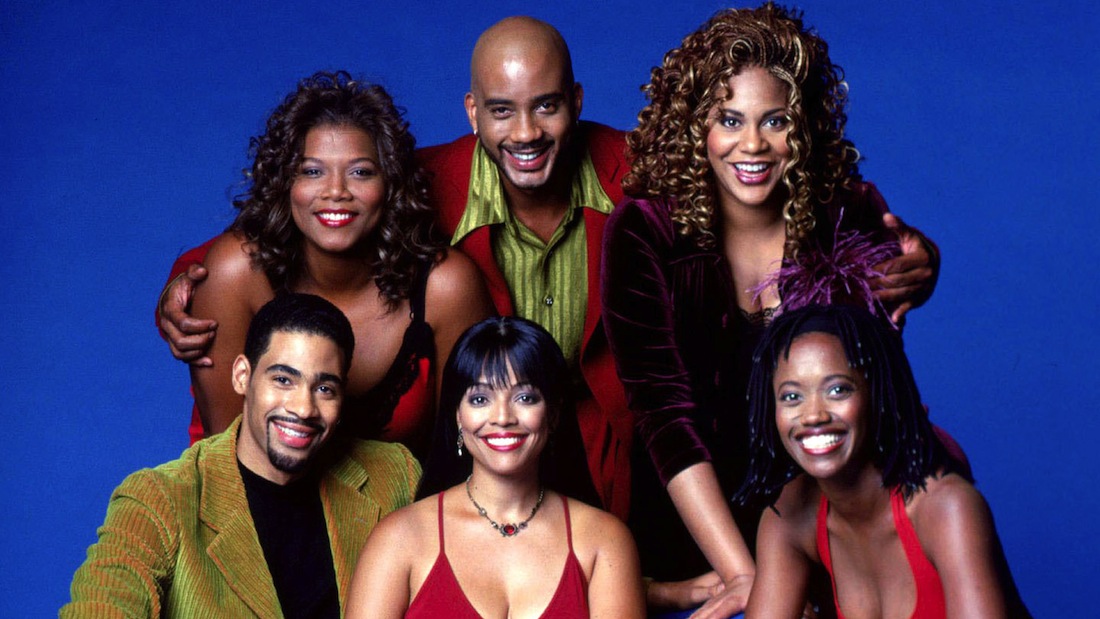 Kyle and Max. Overton and Sinclaire. Two of our favorite black couples on television. We loved Obie’s goofy but loving relationship with Sinclaire as much as we loved the fiery attraction between Kyle and Max. It was the Black Sex In the City, but only PG-13 rated. 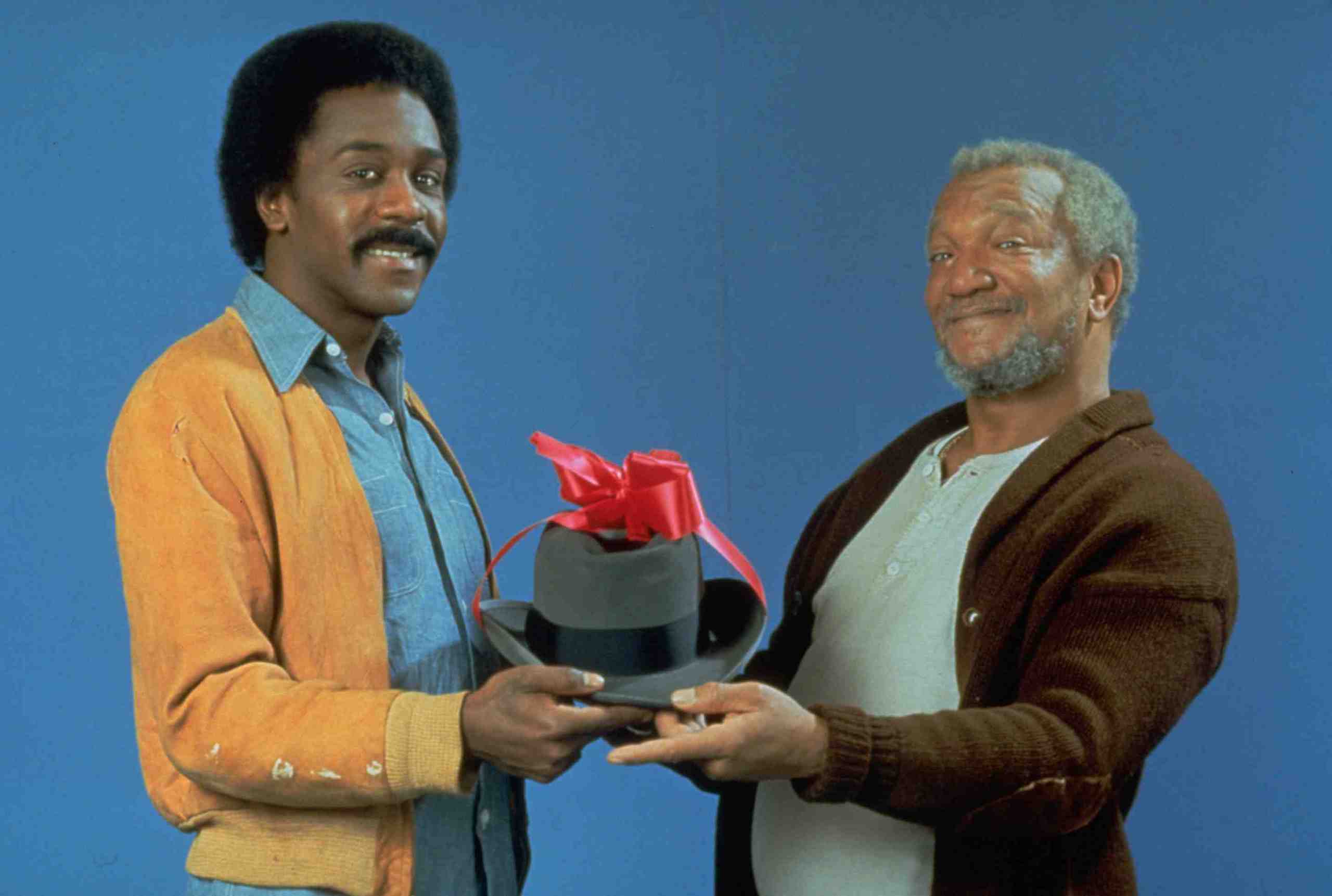 Red Foxx, ’nuff said. You couldn’t always tell if the bawdy comedian was sticking to the script or going off cuff. Fred threatening to join his wife Elizabeth in heaven by heart attack never gets old. “this is the big one! I’m comin to join ya Elizabeth!” 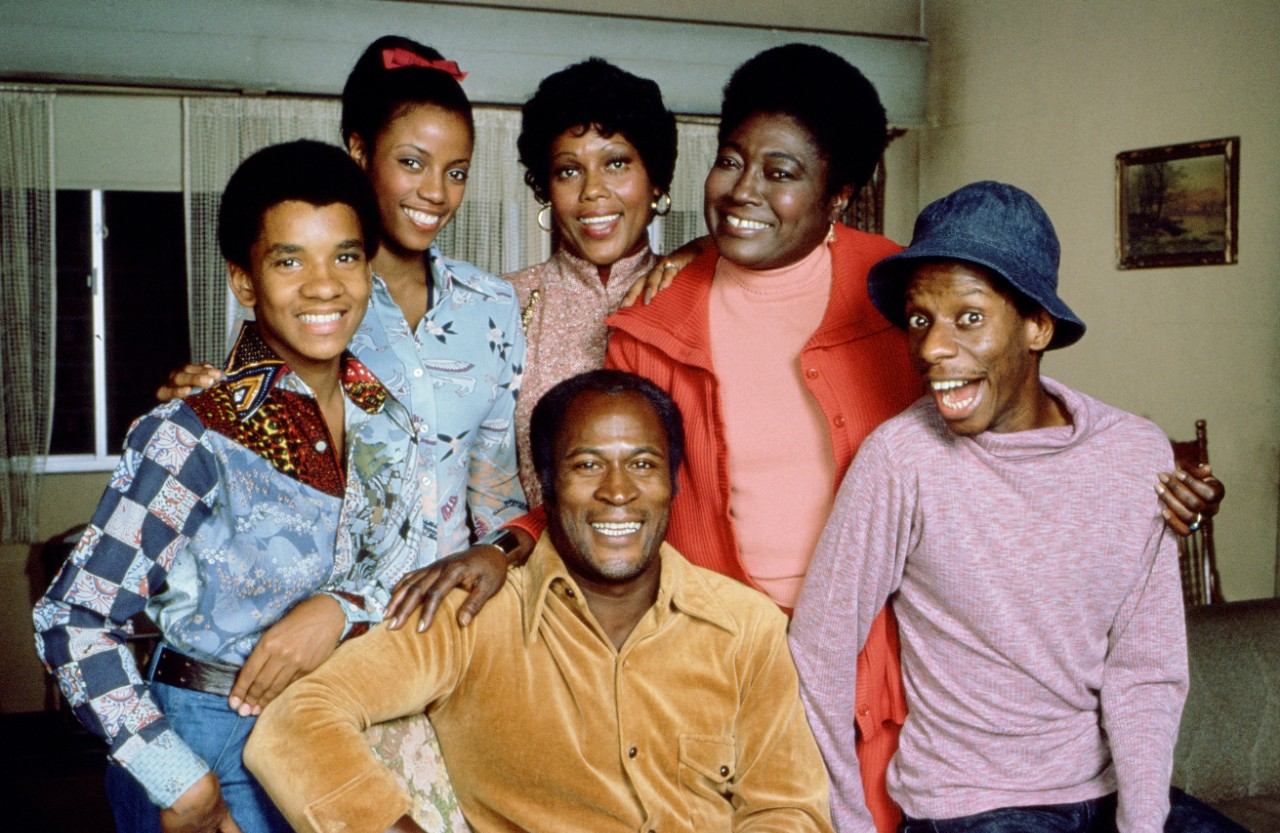 “Dy-no-mite!” and the character that made the catchphrase popular nationwide boosted the shows ratings and sadly caused it’s demised. Upset at the less than serious direction the sitcom was going in, John Amos as James Evans was killed off and co star Esther Rolle as Florida eventually left the show. Yet in still the show brought delight and laughter to millions. 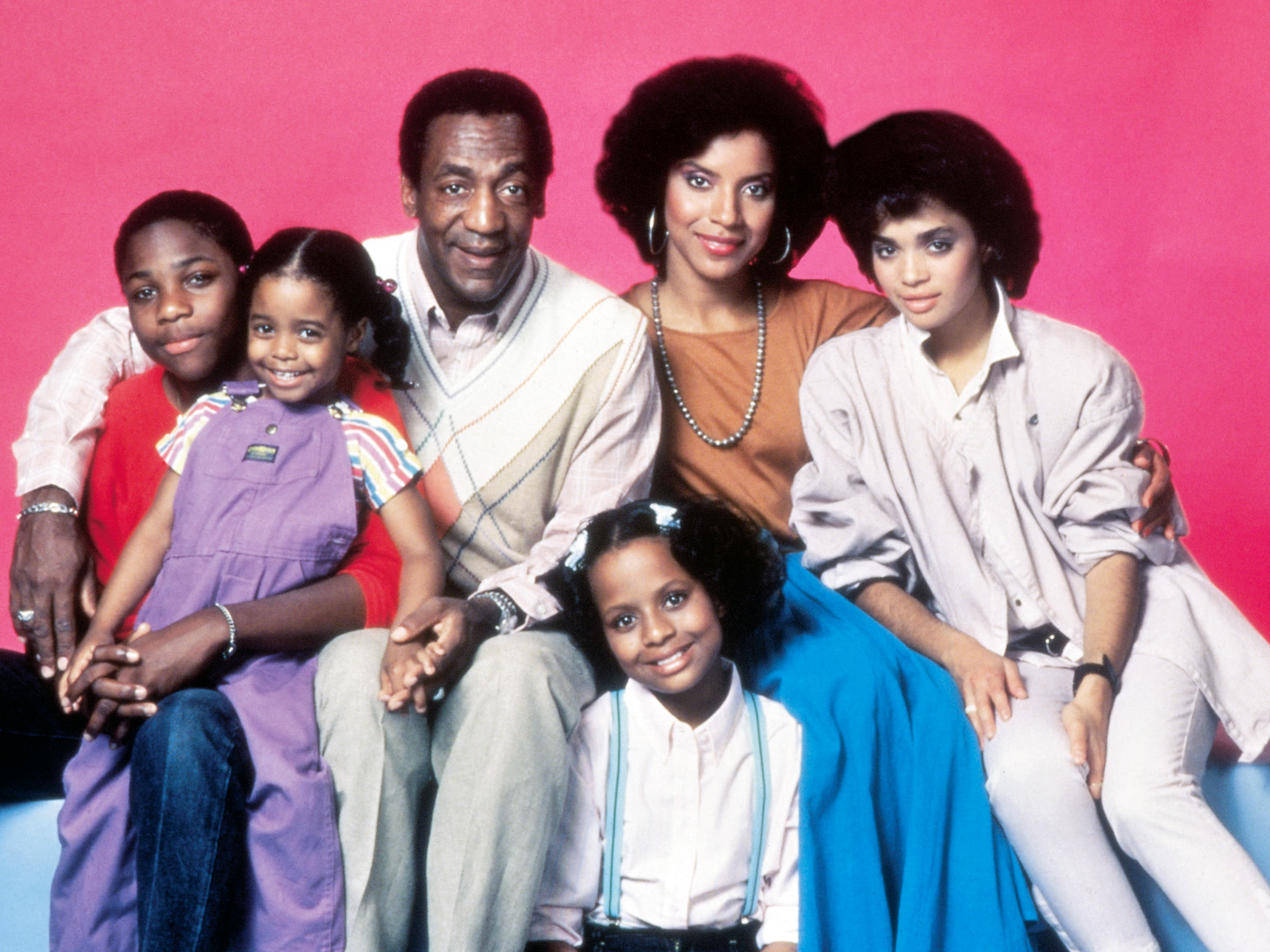 America’s favorite family. Displaying on television a diverse example of black families, the Huxtables household was headed by a doctor and a lawyer. Five children meant loads of lauughs. And who can forget Denise attempting to replicate a Gordon Gatrelle shirt for Theo to wear on a date?

Emerging from a spin-off of American sitcom All In the Family. The Jeffersons moved from being neighbors with the Bunkers in a working-class neighborhood and “moved on up” to an apartment on the Eastside. When are you ever going to hear a black character calling a white man honkey on television again? 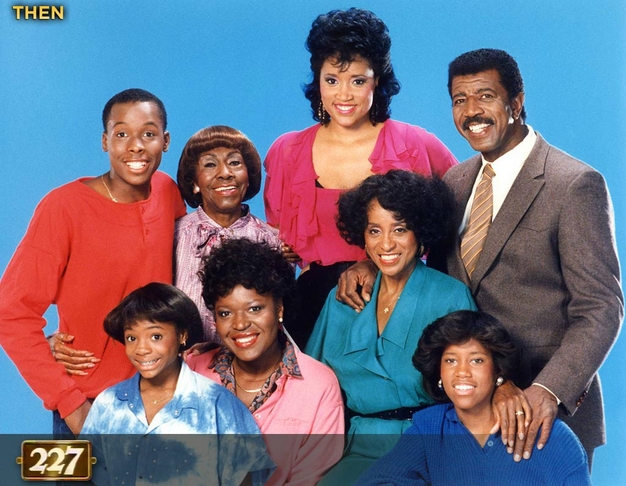 Set in Washington DC, the series follows the lives of Mary Jenkins and the residents of building number 227. The sharp-tongued housewife loved a good gossip (like many of us) and would often sit on the stoop with Rose Lee discussing their lives(and lives of others).  Back when television was clean and fun.

The Flip Wilson Show was the first successful network variety series starring an African American. Consisting of mixture of skits and musical performances, the show featured appearances from Bill Cosby and guest stars such as the Jackson 5, Redd Foxx and Ray Charles. The The Church Of What’s Happening Now segments will have you in tears. “There are many fallen women in Las Vegas”, Rev. Leroy tells the congregation, “and i’m going to pick them up!”

Originally hosted by Don Cornelius,  Soul Train captivated  generations of audiences with performances by R&B, soul and hip-hop artists. It’s where many of us found ourselves glued to TV sets on Saturday mornings to learn the newest songs and dance moves. Who got the best tootsie roll and butterfly?

The Fresh Prince of Bel-Air 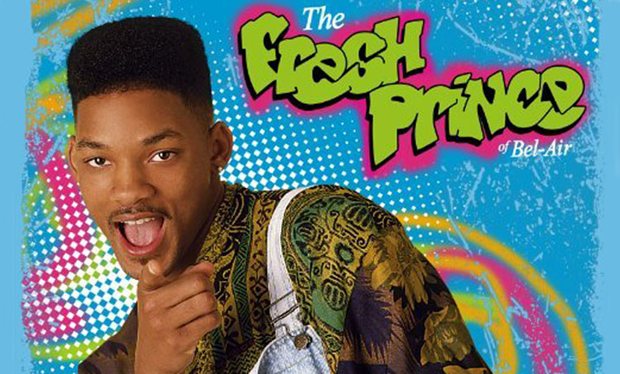 “In West Philadelphia born and raised” is the beginning to a theme song that many of us will never forget. We easily fell in love with Will Smith and the Banks family(both Aunt Vivs) and their hilarious antics. From Will Smith and Tisha Campbell being stuck in a basement after an earth quake to Aunt Viv and Hillary witnessing Will and Carlton strip dance to the music of SugarHill Gang. The Fresh Prince of Bell-Air produced six seasons of unforgettable episodes 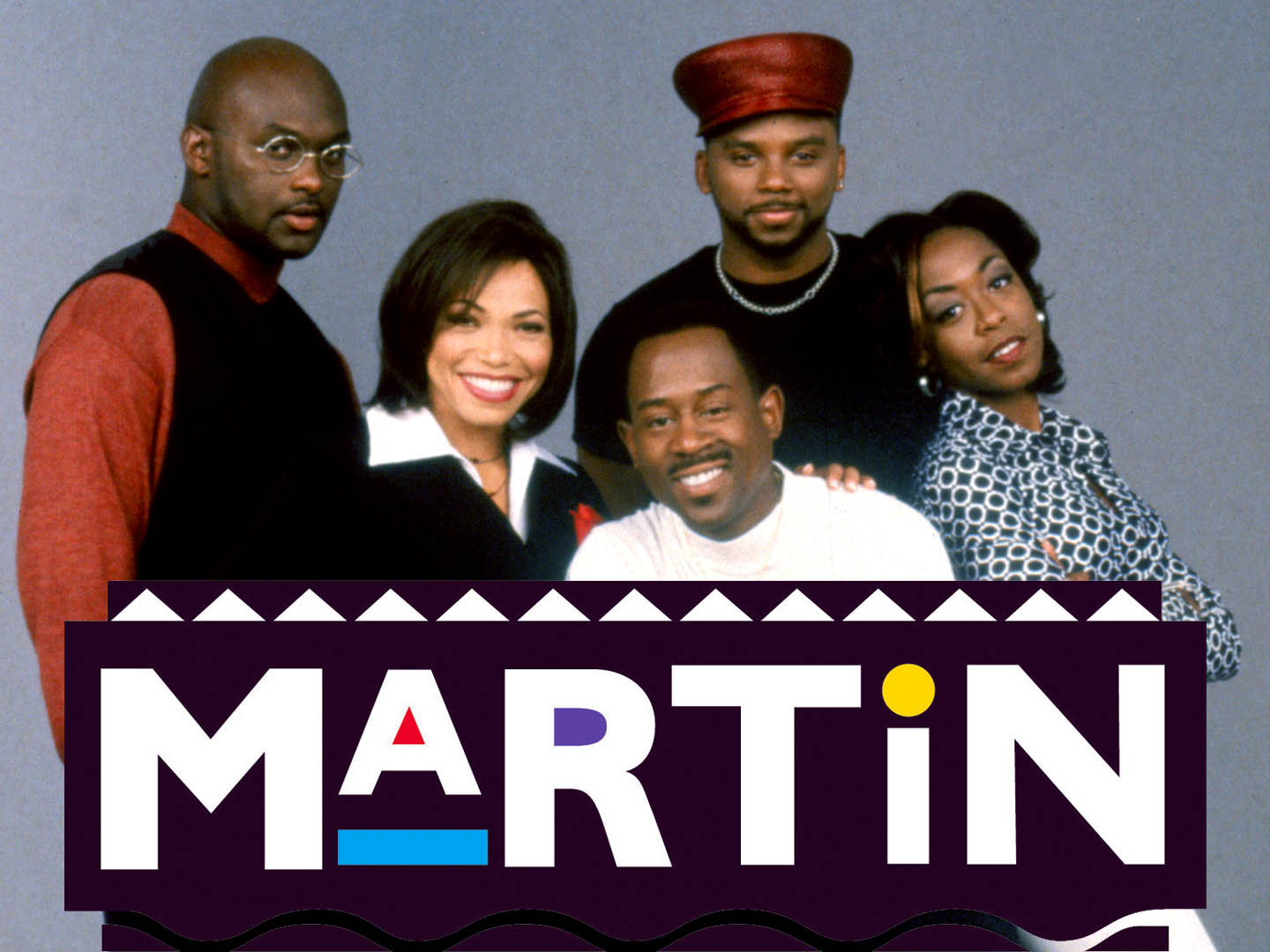 Part of Fox’s Thursday night lineup that included NY Undercover, Living Single and Martin were the highest rated show in African American households, and for good reason. Each episode was a display of Martin Lawrence’s physical humor and creativity through colorful characters like Otis, Roscoe, Dragonfly Jones and Sheneneh. And five seasons later, we still don’t know what Tommy’s job is. 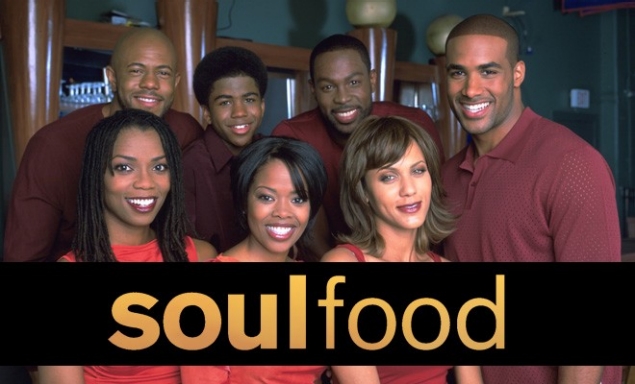 Based on the critically acclaimed film of the same name, Soul Food, the series followed the lives of the Josephs, a black family living in Chicago. The show was the longest running Black drama with five seasons to its name. It’s absence has still left a void in black television monopolized by comedy shows. 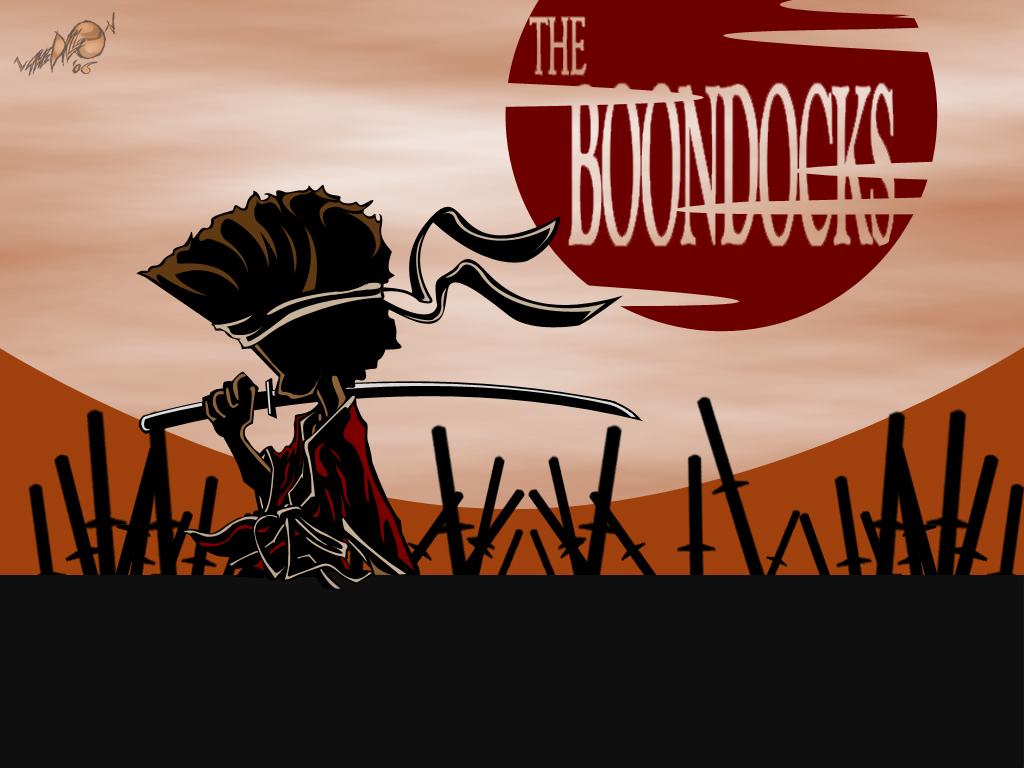 Beginning its life as a comic strip, Boondocks brought its social commentary to a new level when it was produced as an animated series. Brilliant, scathing and nuanced, the shows’ satire combined biting social criticisms with humor. Who can forget Huey standing at the mic and saying, “Excuse me. Everyone, I have a brief announcement to make. Jesus was black, Ronald Reagan was the devil, and the government is lying about 9-11. Thank you for your time and good night”. ”

Filling the void left behind by Living Single, Girlfriends chronicled the comedic highs and lows of four successful black women living in LA. Fresh and entertaining, and not steeped in stereotypes, Girlfriends suffered the fate of as many black sitcoms of being cancelled with no series finale.

What are your favorites on the list? Do you know of black tv shows that should be included in this list? Share it in the comments and if it’s worthy, we’ll add it in!