On this day in 1955, Rosa Parks helped spark a movement that would change this country forever. Yet, 59 years later Blacks continue to fight, bleed and sweat for their civil rights and humanity in this country. 59 years later, the same white supremacy that violated the rights and bodies of Black folk, is responsible for the white wash and sanitizing of the Civil Rights Movement and the erasure of Black Women.

Contrary to the popular story told in elementary schools across the country, Rosa Parks did not give up her seat merely because she was physically tired. She was no more tired on Dec 1, 1955 than she was any other day. She was tired of discrimination. She was tired of segregation. And she was tired of lack of male leadership support for a bus boycott.

In 1953, 2 years before Parks’ arrest, Jo Ann Robinson, a leader of The Women’s Political Council, began calling for a bus boycott. Her organization of Black women professionals were outraged by the discriminatory practices of Montgomery’s segregationist bus company. The city did not hire Black bus drivers, the bus stops were farther apart in Black neighborhoods than in white neighborhoods, and whites received preferential seating on the buses. The people were tired. The women met with city officials who refused to change the practices, even when warned of growing support among Blacks for a boycott.

Then on March 15, 1955, a Black teenage girl was arrested for refusing to move to the back of the bus. “I kept saying, ‘He has no civil right… this is my constitutional right… you have no right to do this.’ And I just kept blabbing things out, and I never stopped”. Outrage sparked over the arrest of Claudette Colvin, the secretary for the NAACP’s Youth Council. The same youth council the legendary organizer Ella Baker encouraged Rosa Parks to create. 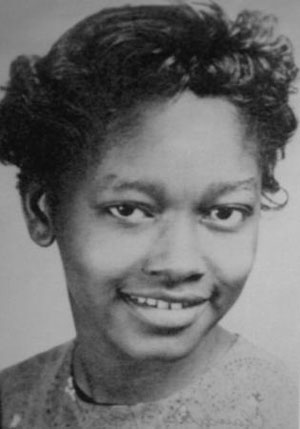 Claudette was deemed “too dark” and uncouth to be used as catalyst for the boycott.

Yet, respectability politics kept the young Claudette from being the ember which stoked the fire for a boycott. Male leaders complained she was too dark, uncouth and fiesty to be used as an icon for the movement. Later, a second Montgomery teenager, Mary Louise Smith, was arrested for refusing to give up her bus seat. She told the driver, “I am not going to move anywhere. I got the privilege to sit here like anybody else”. Again, male leaders rejected WPC’s push for a bus boycott and the usage of the teenage girl, another member of Park’s Youth Council.

The Women’s Political Council were steadfast in their belief a boycott of the city’s buses would bring the white supremacist company to its knees. They refused to again allow fellow male leaders to discourage or convince them otherwise. They agreed to move on with the protest after the next arrest, with or without their local male leadership support.

They got their chance on Dec 1, 1955 with the arrest of Rosa Parks. That Thursday afternoon Parks and other Black passengers sat in the middle section of the bus, behind the 10 seats reserved for white passengers. As the bus made its route, the white section soon filled up. When a white man entered the bus, Parks was ordered to give up her seat. She refused. “When I made that decision,” she said later, “I knew that I had the strength of my ancestors with me.”

Word of Rosa Park’s arrest quickly reached Jo Ann Robinson who immediately sprung into action. Blacks represented over 75 percent of the bus passengers in Montgomery. A boycott would not only economically weaken the bus company, but strike a tremendous blow to the white supremacist systems that maintained segregation.

Flyer created and circulated by the WPC encouraging a bus boycott.

Overnight she mimeographed over 50,000 flyers calling for a bus boycott. Robinson said, “Leaflets were also dropped off at business places, storefronts, beauty parlors, beer halls, factories, barber shops, and every other available place. Workers would pass along notices both to other employees as well as to customers. . . Practically every black man, woman, and child in Montgomery knew the plan and was passing the word along”.  The day of the boycott, buses were empty of Black passengers and the streets were filled with hope and resistance as Black women, men and children walked to school and work.

That same evening, some 15,000 Black residents attended the mass meeting. Rosa Parks was brought out to a standing ovation but was not requested to speak. Though an experienced NAACP activist, the male dominated church leadership promoted the image of Parks as a meek and humble seamstress. The sexist image erased her identity as a seasoned activist and reduced her to a caricature of respectability.

The masses voted to extend the boycott until the demands were met. Parks was never consulted, however continued to play a role by serving on the executive board of the newly formed Montgomery Improvement Association. Other women such as Jo Ann Robinson, Erna Dungee, Irene West and Euretta Adair also were appointed to the executive board. Robinson took meticulous notes and produced a monthly MIA newsletter. She and Irene West and others transported boycotters to and from work. In fact, 40% of carpool drivers were women.

Women were involved at all levels of the movement to end bus segregation in Montgomery. Georgia Gilmore created the organization The Club From Nowhere and Inez Ricks created the Friendly Club to organize women to fundraise for the boycott by selling pies and cakes in the neighborhood. In the north, Ella Baker created the organization In Friendship to raise donations to help sustain the boycott movement in the turbulent South.

In November 1956 the U.S. Supreme Court upheld a federal district court’s ruling in Browder v. Gayle, ending segregation on public buses. 382 days after Park’s brave act, the boycott was over as the buses were ordered to desegregate.

The Montgomery Bus Boycott was one of the iconic events of the Civil Rights era which saw the emergence of Dr. Martin Luther King a national figure. However, the Black women who fed and sustained the movement did not receive the same recognition. The activism of Rosa Parks is minimized and the stories of Jo Ann Robinson, Irene West and other Black women were all but erased from history. Yet, without the dedication and work of these women, there would have been no bus boycott and no timely end to de jure segregation.

What civil rights leaders are you more aware of? Is there a reason you believe other black women leaders aren’t popularized? 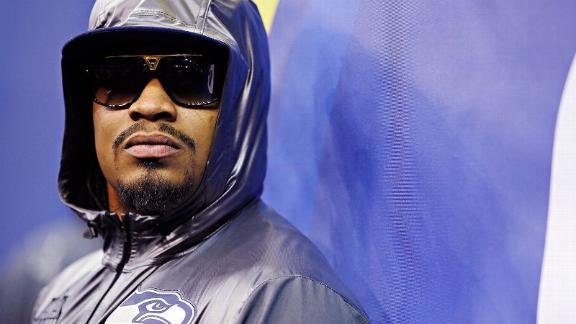