The recent dehumanization by law enforcement of University of Virginia (UVA) student, Martese Johnson, exposes a harsh truth. White Supremacy Anti-Blackness racism neither recognizes nor respects black humanity as also complete human beings. No parallel to whiteness is allowed. During the exchange with the pub staff and Virgina Department of Alcoholic Beverage Control (ABC) agents Martese Johnson learned this belatedly.

When hashtags like #CrimingWhileWhite showcase white young women and young men reveal their breaking the law and criminal behaviour and the reaction and response of various law enforcement agents and police officers to their misdeeds, we know it is not merely a case of protocol or situational response. It is categorically race based. When the ABC agents were raining blows down on Martese’s Johnson’s head he could be heard yelling and pleading in the footage ” I go to UVA”, hoping it would stop the beating he was receiving at the time. But there is no buffer against institutional anti-blackness White Supremacy racism if you are black. #NotJustUVA #NotJustSAE

The perpetual mistreatment and dehumanization of black bodies can be seen in the deaths of 7 yr old Aiyanna Jones, 93 yr old Pearlie Golden, 12 yr old Tamir Rice, 18 yr old Michael Brown, all black, and all killed by police officers. There deaths and treatment have prompted me to ask myself who should provide the answer to the questions do Black Life Matter anywhere? What is it worth and to whom?

Expecting your oppressor to recognize your humanity as a complete human being is a forlorn hope. The recognition of my complete black humanity and humanity will not come from the Institution of White Supremacy anti-blackness racism. The implacable nature, structure, institution, and system of anti-blackness White Supremacy racism strongly corroborates this belief. White Supremacy racism always seeks to control, reduce, erase, then appropriate blackness and black humanity. Then commodify blackness economically in such a way that it financially and culturally benefits the economic wherewithal of the White Supremacy culture and structure. Such as Miley Cyrus’ cultural appropriation of Twerking; Jennifer Lopez big booty glorification and acceptance; Kim Kardashian’s big booty and lips cultural appropriation of women of black humanity being celebrated and economically compensated handsomely.

On the other hand, most black women and girls who naturally possess those features either were reviled, fetishized, received no economic benefit, nor received cultural acceptance and celebration for their natural beauty. Even white women exploit and profit from black women then claim feminism solidarity. Racism mocks black humanity on so many levels. That is why #Ferguson and the #BlackLivesMatter movements have had more appeal and a wider impact inside and outside the borders of the USA. They not only give inspiration to black people who have been alienated and demonized by an anti-blackness culture of White Supremacy racist structures, institutions, and systems globally but also enable the reclamation of the narrative to be owned and defined by black humanity.

In Asia, members of black humanity are subject to the effects of anti-blackness racism. The recent selection of the biracial Ariana Miyamoto as Miss Japan Universe 2015 has also brought this to the forefront. Miss Miyamoto whose father is African American and whose mother, was born in Japan. Though she has fully embraced Japanese culture all her life there has been criticism of her in her native Japan that she is not “Japanese enough”. The efforts by #Asians4BlackLives in addressing anti-blackness racism in all Asian communities in collaboration with the #BlackLivesMatter movement is a testament to the reality of racism black people and people of colour (PoC) contend with in Asia.

Likewise, the recent revelation by Rosie Perez that Latino/a’s in the Caribbean, Central America, South America do not like black people nor like to be in groups with black people was shocking. That revelation merely underlines the breadth, reach, insidiousness of anti-blackness and White Supremacy racism faced by all members of black humanity wherever they may be found. Utilize black humanity’s heterogeneity to homogeneously push back, strategically, relentlessly, and collaboratively.

In the words of Dr. Martin Luther King Junior ” A right delayed, is a right denied.”

I am a black man who identifies in his mind, heart, and spirit as black not just racially or a phenotype. I seek the comprehensive freedom of black humanity as a goal. 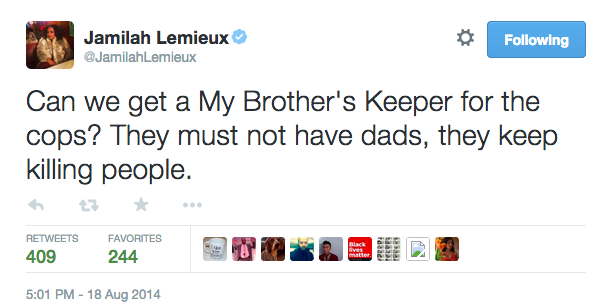